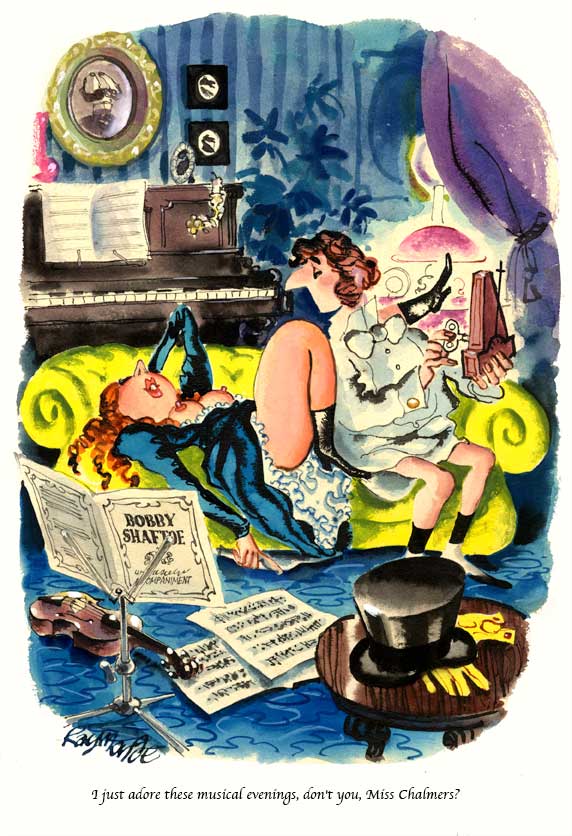 “I just adore these musical evenings, don’t you, Miss Chalmers?”

Playboy magazine was founded by Hugh Hefner in 1953. With the onset of the sexual revolution, Hefner recognised that there was an opening for a men’s sexually liberal publication, which cleverly he aimed it at the wealthy professional/educated demographic. To secure a loyal following in this market he determined to use the best quality of material for publication from the very best people. Writers, artists, models and interviewees were never aspiring juniors but tip-top professionals in their field.

Hefner himself had been a cartoonist in his early days and had a particular liking for the art form. He set out to hire the best cartoon artists from around the world. Each month the magazine featured several full page colour cartoons. The gags were almost always sexy and the drawings iconic. As well as Roy Raymonde there was a regular stable of artists including Jack Cole, Harvey Kurtzman, Jules Feiffer, Sneyd, Dedini, Sokol and Gahan Wilson. The original paintings for these artworks have become highly prized by collectors and when they occasionally come onto the market they can command high prices.